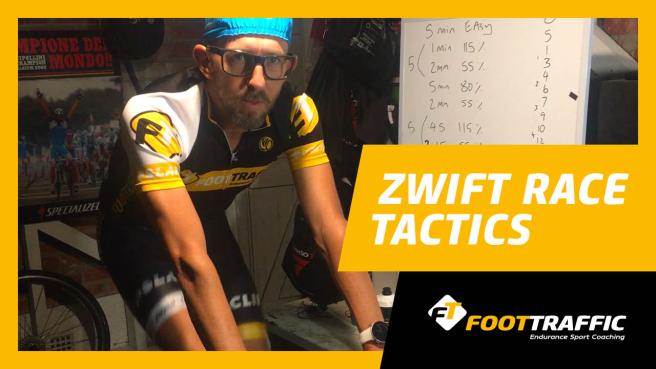 Why race on Zwift?

Racing online with Zwift has become the new hot thing in the world of Cycling.  Right now you can login, join a race against people from all over the world, and not have to leave the comfort and convenience of your own home.

But racing on Zwift isn’t like racing on the Road.  There are a few similarities, but there are also some tricks to the game play.  Quite often we see very accomplished and powerful road cyclists try to race on Zwift and get beaten quite significantly by less proficient cyclists IRL (In Real Life). 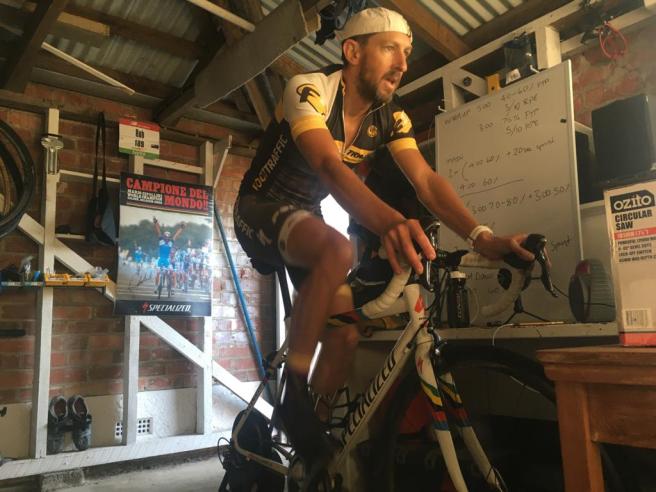 Which race should I choose?

There are literally dozens of races every day on Zwift, so choosing the right race for you can be quite daunting and confusing.  Firstly you should know which grade you will be in based on your w/kg at FTP.  The grades range from A through to D, and if you race in a grade too low for your FTP setting you will be disqualified.

Look for races on the styles of course that suits you.  Are you more suited to a short sharp Criterium race, or are you better on a longer hilly or rolling course?  From here you can then decide which race to do.

Look for race series to enter.  There are plenty of events or tours on which make it fun as you will be racing the same people over and again.  Often National Federations have a race series on, such as Triathlon New Zealand, British Cycling or British Triathlon; and anyone from around the world can enter these races.

Race enough and you may even find yourself being recruited into a team to make it even more exciting.

But there’s a twist…

I was disqualified from this race on the Zwift Power website!  Zwift Power is a website seperate to the Zwift game site, but it takes race results and performs deeper analytics on the results.  It’s also basically the regulatory body for Zwift racing, and will police and deal to people racing out of their grades.

Because I usually race in A Grade, and I was treating this race less seriously, I entered B Grade.  Basically just to make it a bit easier for me so I could comment and talk tactics throughout.  B Grade is from 3.0-3.9w/kg, so if you record a power output higher than that you will be removed from the official results.

I rode this one at 4.5w/kg, and there were a few other riders in the race that were out of category (the winner and 4th place) so we were all disqualified, and I even got the UPG mark, which tells me it’s time to upgrade permanently.

So that’s a good thing really.  A few months ago I was a B Grade rider, but now with all the racing I’ve been doing I’m an A Grade rider.

Shit’s just got a lot more real though.

Rob has an extensive background in Endurance Sports having competed at a high level, in running, Duathlon, triathlon and Multisport. Rob has competed in 17 Ironman events and has lost count of the number of Half Ironman and shorter distance triathlon races. He carries a long history in the sport having raced for over 20 years in events of all distances. He has raced the Ironman World Championships in Hawaii and has represented New Zealand at the Age Group Long and Olympic distance World Championships numerous times. Rob also has a professional background as a Sports Podiatrist so has the added benefit of these skills and a unique understanding of training with a focus on injury prevention and management. He sees the importance of developing the athlete at a rate that their body can cope with and engaging methods to have the body working at its best. Rob sees the importance of having equipment that suits the athlete’s style and ability and he prides himself in his technical knowledge. Rob adopts a number of different techniques to train his athletes and keep them injury free, such as optimizing training zones, monitoring power, pace and heart rate, strength training, nutrition and adequate rest and recovery. Rob enjoys helping those athletes who are keen to learn. He enjoys helping athletes who are new to the sport and also those who are prepared to look beyond what they are used to and want to push their performances further in order to achieve this. Rob has seen much success with his athletes, many of whom have gained podium finishes at Age Group championships over all distances and have also qualified for the Ironman World Championships. Seeing his athletes achieve their goals gives Rob a great sense of pride and it also gives motivation to the other athletes around to continue striving to be their best. You’ll be hard pushed to find anyone more passionate about endurance sports and coaching athletes than Rob. View all posts by Rob Dallimore